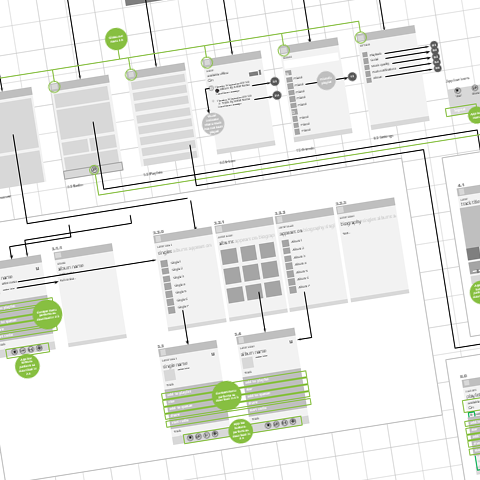 In the early stages of planning a Windows Phone version of a music streaming service iOS/Android app, myself and designer, Debbie George, were asked to map the user journey/interactions of the existing app and align it to the Windows Phone platform.

Next project Return to home